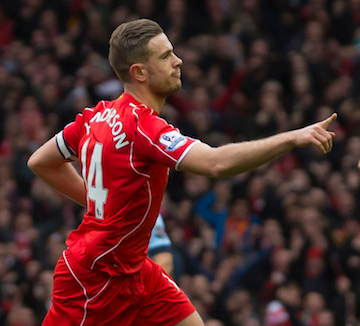 Blackburn Rovers are having an average season in the Championship and they are currently sitting in 10th place in mid table safety after recording an impressive 3-0 victory over Leeds United at Elland Road over the weekend.

Blackburn’s recent league home record reads W7, D3, L5. However it should be noted that Blackburn have lost 3 of their last 4 league home games.

Blackburn have performed magnificently throughout this competition this season and they have reached this stage by defeating Charlton away in the 3rd round and beating Premier League sides Swansea & Stoke in the 4th & 5th rounds.

Since 2007 the 2 sides have met 5 times at Ewood Park in the Premier League and the record reads Blackburn 1 win, 2 draws and Liverpool 2 wins.

If you do fancy Blackburn to do well here then your best option is certainly to keep an element of the 1 goal loss on your side and Blackburn can be backed on the Asian Handicap + 0.5/1.0 goals at  around 2.05.

The draw can be backed at around 4.00 and this offers no real value or appeal.

Liverpool are having a good season. However after recent defeats away at Arsenal and home to Manchester United it looks as though they may miss out on a Champions League place. Liverpool’s recent Premier League away record reads W8, D1, L6.

When facing the bottom 6 sides away from home in the Premier League, Liverpool's away record reads a very solid looking W7, D2, L1.

When looking at the goal line which is set at 2.5 and Liverpool’s recent away games to the bottom 6 Premier League sides, then we see that in the 10 games they have scored 26 and conceded 17 with 8 of the 10 matches having seen 3 or more goals. In the case of Blackburn, 6 of their last 10 home games to the Top 6 sides have finished with Over 2.5 goals. Here my ratings suggest some small value in Over 2.5 goals which can be backed at around 2.00.

This is an interesting matchup and my ratings suggest some small value in both the match and goal line. When looking at the goals and Liverpools away matches to the lower Premier League sides they have certainly been goal filled affairs. However despite letting in 4 goals at the Emirates on Saturday Liverpool have performed well defensively of late keeping 6 clean sheets in their last 7 Premier League away games. So instead I am going to turn to the match line where, since losing to Arsenal, Liverpool's price has drifted. Brendan Rodgers will certainly be looking at this competition as a realistic chance of lifting some silverware and at their current price the Premier League side offer some value. So my recommended trade for this game will be Liverpool to win at around 1.70.