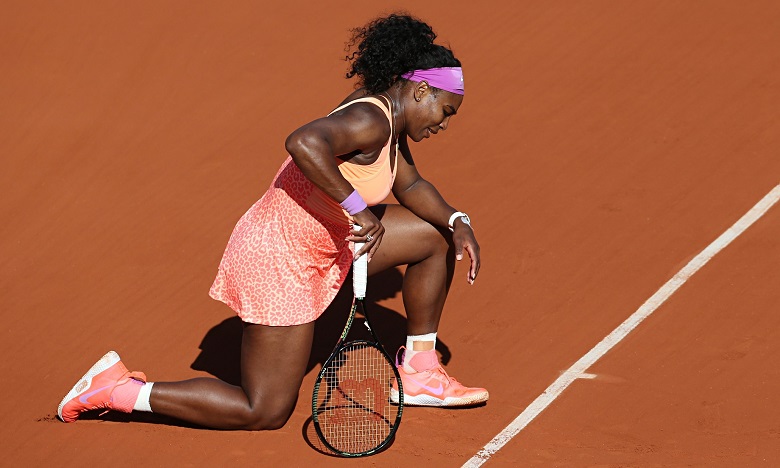 Doing battle for the Coupe Suzanne Lenglen, we have world #1 Serena Williams chasing her third engraving on the trophy, and Grand Slam final debutant Lucie Safarova. It's a daunting task for the Czech leftie, her current record against Serena is 10-0 (two Hopman Cup matches may not be counted by other authors), and in two matches on clay, she has claimed just six games.

On the plus side for Safarova, she is facing a wounded opponent, or more correctly, a flu-ridden one. Williams has shunned all media and practice sessions since her semi-final victory in a self-imposed quarantine. Over the years Serena has battled through many ailments successfully, it is costly and foolish to write her off. The media love kicking off a storm - 'Serena is on her deathbed' will get a million more clicks than 'Serena took two aspirin and went to bed early'.

In ten clashes to date, Safarova has been competitive to the end in just three of them - all in Australia as lead-ups to Melbourne, when Serena is traditionally as rusty as a cattle gate on an abandoned ranch. Remove those three matches and it becomes a lot more one-sided.

There's no doubt Safarova is playing the best tennis of her career; in the past 12 months she has reached her only two Grand slam semis. She hasn't dropped a set here, having faced four top 20 players along the way. Her victories can be largely attributed to stubborn resilience. From 12 sets played and won, five have been tiebreakers, and another two have been 7-5. Discounting the win over Nara which was 2 & 0, her 'easiest' set has been 6-3. Does she break serve enough to match it with Serena? Does a change in attitude and mindset make her task any easier? You can debate all the stats you like (including some rubbish figures put forward on the Roland Garros site on Friday), it ultimately comes down to the mental battle.

Since her 30th birthday, Serena has won 27 finals and dropped just six sets within those victories. She has lost another three matches. My point - she turns it on at the business end. There were just six tiebreakers in those 30 matches, and another six sets ending 7-5.  She might muck around in the earlier rounds, appear in danger of defeat, but come finals day, it's 100% focus.

Serena wins and swiftly. Ignore the media circus, watch closely in the warm-up and make up your own mind on her health. The hype is only likely to move prices in our favour. I'm going the unders.