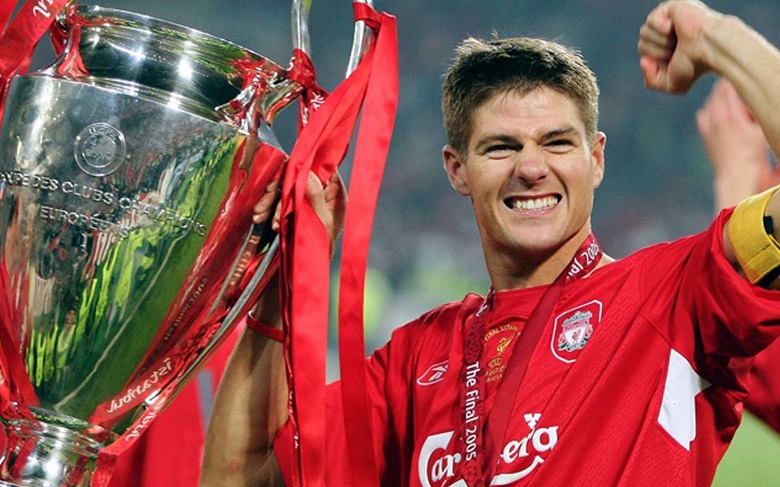 The story has been building ever since Steven Gerrard's move to the L.A. Galaxy was announced in January, but it has been leading up to this.

Barring injury or suspension, his last game for Liverpool will be at Stoke City on May 24, but his final performance at his beloved Anfield will be the biggest occasion.

Liverpool, and particularly manager Brendan Rodgers, will want all three points against Crystal Palace this weekend to end the season on something vaguely resembling a high, but that all pales into insignificance on the day the home supporters say farewell to the best Liverpool player of the modern era.

He will want to win too, of course. The competitor in Gerrard was seen in all its glorious rawness against Chelsea -- scoring the equaliser, looking less than thrilled at having to be substituted, and casually dismissing the ovation from opposition fans who, in his words, had "ripped him to bits" for most of his career.

He is heading for Hollywood without the Hollywood ending, which would have been lifting the league title trophy above his head. Sport often fails to resemble the way it looks in movies, but it's not as if he can't recall numerous moments during his career when he did provide the required happy ending.

Other great, well-loved players have left Anfield in the last 25 years without a title winners' medal -- such as Robbie Fowler, Sami Hyypia and Jamie Carragher -- but you get the feeling it will hurt Gerrard more than anybody else.

It would be wrong for Liverpool to treat their Saturday opponents as a mere afterthought, though. Crystal Palace appear to have notably clocked off in recent weeks after racking up some impressive early wins under their latest manager, Alan Pardew.

They have lost their last four matches but they certainly weren't overwhelmed by either Chelsea or Manchester United in their last two. Their vociferous fans will be encouraging their team to spoil the party, especially if there is any evidence of complacency on the home side's part.

The modern tendency is to blame outside forces for the lack of atmosphere in English football grounds. High prices, changing demographics and fussy stewarding are often cited as contributory factors, but Palace supporters are emphatic proof that it needn't be that way.

They were the same back in 1989 when Palace featured heavily in Liverpool's last title-winning season. Palace were thrashed 9-0 earlier that season at Anfield but had found their feet by April 1990, knocking the Reds out of the FA Cup when Pardew scored the winning goal.

The 9-0 result was remarkable even by Liverpool's standards back then, with eight different scorers demonstrating the all-round strength of their side. They had lost the title to Arsenal right at the very end of the previous season and were desperate to win it; the victory over Palace served as a real statement of increased intent, but the cup reversal also saw a few holes beginning to appear in their domination of English football.

Last season's dramatic 3-3 draw at Selhurst Park all but confirmed Liverpool would have to keep on waiting for another title, and now the same club are taking part in another slice of history.

There has been a little talk of Rodgers using the last two league games to give a couple of youngsters a try. Jerome Sinclair appeared as a second-half substitute against Chelsea while Cameron Brannagan was on the bench for the recent defeat at Hull.

Liverpool need to go into the summer with confidence, and with as slender a gap as possible between them and whoever finishes in fourth place. At least then potential new recruits can be told that the gap can be closed without the need of miracles.

Perhaps it is unwise to be flippant, but if the main players can build a decent lead against Palace, one of the youngsters could be given their Anfield debut.

All eyes, however, will be on Gerrard. His former vice captain, Jamie Carragher, has half-jokingly asked Gerrard not to shed any tears on his big day, unlike the normally stern and professional Hyypia, who could not contain his emotions on his last appearance (against Spurs in 2009).

It would take a heart of stone not to get emotional on such a day as this, however. During a March appearance at Anfield against Manchester United -- all 40 seconds of it -- he clearly allowed his heart to rule his head and paid a heavy price for it when he was sent off.

This match won't be as charged or desperate for Gerrard to win, but its overall significance will clearly not be lost. He has been at one club, his club, for an awfully long time, and the supporters will take this last chance to let him know just how much his talent, determination and energy have been fully appreciated.

He'll leave Anfield more or less as it was when he first arrived. Back in 1998-99, when he made his debut, they were a long way behind the best teams in England, Arsenal and Manchester United. Now there is a gap growing again not just from those two clubs but also from Chelsea and Manchester City.

On Saturday, all of that will be temporarily forgotten. What has happened during those 17 years will count. The three points will be largely academic -- what matters is Gerrard leaving the field knowing what he meant to Liverpool supporters.