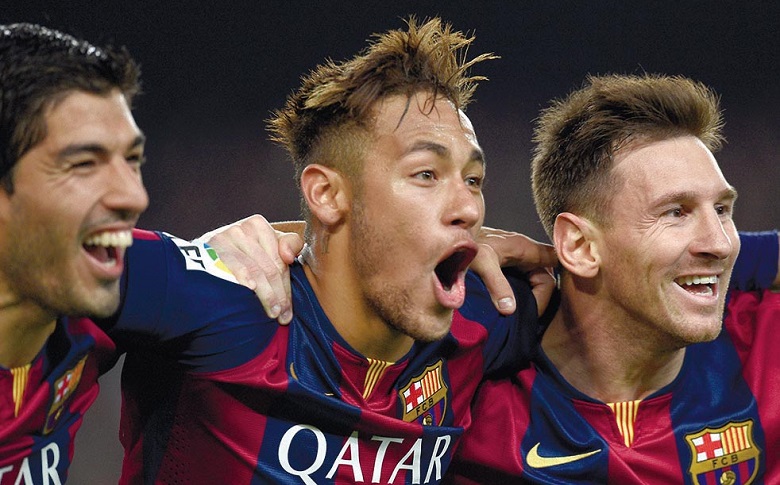 Atletico Madrid are coming into this game off a 2-2 draw away to Levante. This season Atletico have made a reasonable defence of their title. However recently they have drawn 6 of their last 12 League games and ultimately it is these dropped points that has not seen them come closer to the top 2. Atletico currently sit in 3rd place on 77 points which is 13 behind today’s opponents. Atletico’s recent home record reads a very strong W12, D2, L1

If you do fancy Atletico to do well here then you can keep an element of the 1 goal loss on your side and you can back them on the +0.5/1 goal handicap at around 1.95.

The draw can be backed at around 3.90 and this looks to offer some value.

Barcelona are having a good week and after reaching the Champions League final they are coming into this game knowing that just 1 more victory will see them crowned champions. Barcelona have now taken 34 points from their last 36 and their recent away record reads a strong looking W11, D2, D2 and they have also won 8 of their last 9 away matches.

When facing the Top 6 sides away from home Barcelona’s recent away record reads an average looking W4, D2, L4 and Barcelona can be backed at around 1.77.

As far as goals are concerned then there are some mixed stats. 7 of Atletico’s last 15 home and 8 of Barcelona’s last 15 away have seen 3 or more goals. However when looking at both sides last 10 respective home and away games to similar opposition we can see in the 20 matches. 16 have seen 3 or more goals and only 4 games have seen 1 or less. My ratings suggest value in Over 2.5 goals which can be backed at around 1.90.

This game is priced up on the fact that Barcelona’s needs are greater than that of Atletico’s. Also I am sure Atletico would rather Barcelona won the Championship than city rivals Real. If this game was priced the same in Mid-December then I would be all over Atletico who offer some very good value. What is consistent though is the number of goals in these games. The last 4 head-to-head matches have finished with 3 or more goals as have 10 of Atletico’s last 11 hosting Barcelona & Real Madrid. In the case of Barcelona when away to the top sides then 14 of their last 17 have also finished with Over 2.5 goals. So my recommended trade for this game is Over 2.5 goals at around 1.90