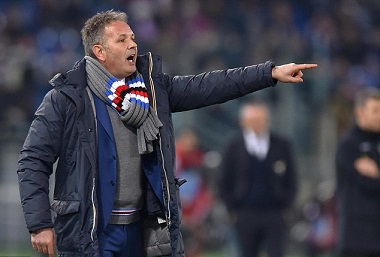 Sampdoria are coming into this match in some very mixed form, although they did register a 4-1 victory at Udinese last weekend. This was Sampdoria’s first win in 7 league matches and currently they sit in 6th place on 54 points and they are still only 1 point behind Fiorentina in 5th place and the Europa Cup qualification places. Sampdoria’s recent home record reads a very resilient looking W5, 9, L1

When hosting the top Serie A sides Sampdoria boast an average record that reads W1, D3, L6 and they can be backed at around 3.10

The recent head-to-head record at Luigi Ferraris favours the home side and reads Sampdoria 2 wins, 1 Draw and Lazio 1 win.

If you do fancy Sampdoria to do well here then you are certainly best keeping the draw on your side and they can be backed on the Asian Handicap + (0/0.5) goals at around 1.85.

The draw can be backed at around 3.45 and looking at my ratings this offers some decent value.

Lazio are closing in on a Champions League place, however they have now won only 1 of their last 5 league matches. They are coming off a fiery 1-2 home defeat to inter Milan in a game that saw Goalkeeper Frederico Marchetti and defender Mauricio sent off. Lazio’s recent away form reads a reasonable W7, D5, L3.

When facing the top half sides of Serie A, Lazio’s record reads an average looking W3, D2, L5 and Lazio can be backed at around 2.40 and this certainly offers some value.

As far as goals are concerned then we could be in for a low scoring affair. When looking at both sides last 10 respective home and away games against similar opposition. Then we can see in the 20 matches 4 or more goals were seen in 7 matches, 3 goals have been seen in 1 and 2 or less goals were seen in 12 games. Also all 9 of Sampdoria’s last 9 home have seen 2 or less goals and Under 2.5/3 goals can be backed at around 1.92.

This is a vital match for both sides and when looking at qualification for both the Champions League and the Europa Cup no side involved is stringing any sort of run together. Looking at my ratings there certainly looks to be some value in the draw where Sampdoria have drawn 9 of their last 14 home games and I would favour this over backing Lazio on the handicap. For my trade I am turning to the goal line where my ratings suggest value in under 2.5/3 goals. The stats point to a low scoring affair and 2 or less goals have also been seen in all 3 of the last 3 head-to-head matches and so my recommended trade is under 2.5/3 goals at around 1.90.