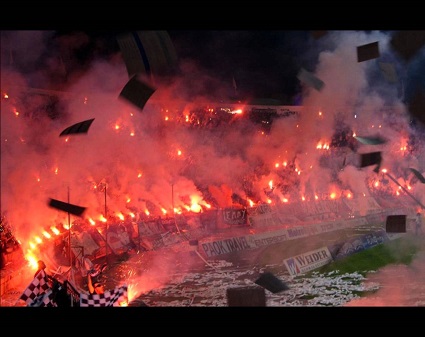 Dnipro are coming into this game on the back of a 0-2 defeat at home to Zorya Luhansk and currently with 3 games remaining Dnipro trail leaders Dynamo Kiev by 9 points. Dnipro’s domestic home record this season reads a solid looking W6, D4, L2 and aside from Sunday their only other defeat was against leaders Dynamo Kiev.

Looking at Dnipro’s Europa Cup home record it reads a fairly solid looking W8, D0, L2. This has included victories over Spurs and Ajax. Since 2000 this will be the 2nd time that the 2 clubs have met in Dnipropetrovsk in this competition with Dnipro running out 3-1 victors in October 2012.

Napoli are coming into this match on the back of a 2-2 draw with Parma and currently they sit in 4th place just 3 points behind 3rd place Lazio in the battle for Champions League places.

Napoli’s Europa League away form reads W4, D3, L3 and this included a 4-1 victory at Wolfsburg.

Looking at the goal line then the stats point to unders. When looking at both sides last respective Europa Cup home and away matches: in the 20 matches 5 have seen 3 or more goals, and 5 have seen 2 goals with 10 having seen 1 or less goals.

This looks an excellent match up and there is every chance that Dnipro could be the first Ukranian side to reach a European Club final.

My ratings suggest that there is some value in the under 2.0/2.5 goal line. However I am very mindful that at some stage Napoli will have to score and an early away goal changes the landscape completely.

Looking at the match line there looks to be some decent value backing the home side who have a very resilient home record. Previous to last weekend when looking at Dnipro’s last 10 home matches in all competitions their record reads W7, D2, L1 with their only loss coming last time out in a 0-1 defeat to Shakhtar Donetsk in the Ukranian Cup. Also this was the 1st goal that Dnipro had conceded in 10 home matches. This is a massive game for the Ukrainian side and my ratings suggest they look value to avoid defeat.