Spanish domestic football to be suspended 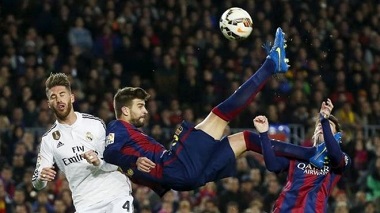 The Spanish football federation says it is suspending all end-of-season games in disputes with the government, including over TV rights.

A federation statement (in Spanish) said it was also unhappy with receiving only 4.55% of pools revenue, though it said it was still open to dialogue.

All matches will be suspended from 16 May, including the domestic cup final.

In the statement, the federation said it acted after three-month talks with the government had failed to resolve the dispute.

The Spanish government has so far made no public comment on the issue.

"The initial assumption is that this move has been taken in an attempt to head off a players strike which had been threatened for that weekend," said Andy West, a Spanish football expert.

"Players are unhappy with some terms of the deal, including the low percentage of revenue on offer to lower league clubs.

"The issue of TV rights is a long running one with most people recognising that Barca and Real receive far too much at the moment. Realigning it is not easy though," Mr West added.