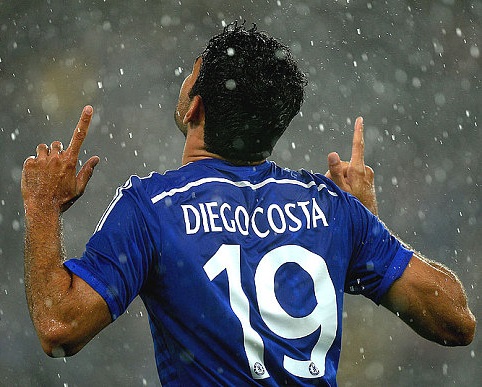 Although Chelsea have only won 2 games under Guus Hiddink, they are unbeaten since he took over 8 games ago and the Champions have now gone 9 games without defeat. Here they are coming off a rather fortunate 1-1 draw at home to Manchester United. This point left the Blues in 13th place on 30 points, and although there is still a lot of football to be played this season, it would be a major surprise if they were to qualify for Europe via a league position. Chelsea’s recent home form reads W5, D6, L4.

The recent head-to-head record at Stamford Bridge favours the home side and reads Chelsea 3 Wins, 1 Draw and Newcastle 1 win.

The draw can be backed at around 4.80 and this looks correctly priced.

Newcastle are coming off a much needed 1-0 home victory over West Brom, and are now sitting in 17th place on 24 points. Steve McClaren has been very active in the transfer market during the January window, and supporters will be hoping the new additions can pull them clear of the relegation zone.  Newcastle’s recent away record reads a very poor looking W2, D1, L12.

When facing mid table sides away from the St James Park, again Newcastle’s away form is poor and reads W2, D1, L7. Here they can be backed at around 8.00. You also have the option to keep the 1 goal loss on your side, and Newcastle can be backed on the +1.0/1.5 goal handicap at around 1.93.

As far as goals are concerned then the value looks to lie with the Unders. When looking at both sides last 10 home and away games against similar opposition, in the 20 matches, 3 games have seen 4 or more goals, 6 games have seen 3 goals, and 11 have seen 2 or less.  Under 2.5/3.0 goals can be backed at around 2.05 and looking at my ratings this offers value.

This is a tough game to way up. Looking at the match line my ratings suggest the smallest of value in backing Chelsea. However I am very wary that their attention could be focused on the visit to Paris on Tuesday night for a Champions League clash. Instead I will turn to the goal line where the value is with the Unders. In Newcastle’s last 17 away games they have not found the net in 11 of these matches. With only 2 of these games containing 4 or more goals there looks some reasonable risk v reward backing Under 2.5/3.0 goals in a game where value is at a premium. So my recommended trade for this game is Under 2.5/3.0 goals at around 2.05.