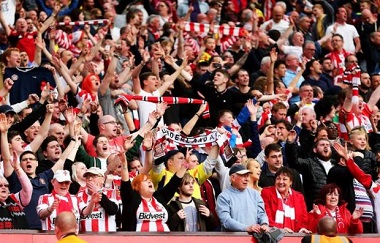 Sunderland are now embroiled in a relegation dogfight and new coach Dick Advocaat will have to make an immediate impression if Sunderland are to avoid the drop. Currently Sunderland sit in 17th place on 26 points which is 1 above the drop zone. Advocaat opened his account at West Ham where the Black Cats were slightly unlucky to go down 1-0 and Sunderland have now only won 1 of their last 13 league matches. Sunderlands home record reads a very average looking W2, D7, L6

The recent head-to-head record at the Stadium of Light reads Sunderland 1 Win, 2 Draws, and Newcastle 1 Win. It should be noted that Sunderland have won the last 2 league meetings

The draw can be backed at around 3.30 and even at this price it should not be discounted.

Newcastle are also coming into this game in some poor form. They have lost 3 league matches on the bounce and last time out they lost 2-1 at St James' Park to an in-form Arsenal. Currently Newcastle sit in 12th place on 35 points. Newcastle’s recent away form reads a mediocre looking W3, D4, L8

When facing teams of Sunderland’s grade Newcastle’s away record reads again a poor looking W2, D4, L4 and Newcastle can be backed at around 3.10.

This is a very interesting match up with some mixed stats running throughout. Looking at the goal line the value is quite small and I shall instead turn my attention to the match line where my ratings suggest some value in backing Sunderland. Looking at the stats of both sides and the recent head-to-head matches the draw has to be given some very serious consideration and I am going to keep this on my side and so my recommended trade is Sunderland +0.0 at around 1.80.