Burnley Vs Spurs on Sunday 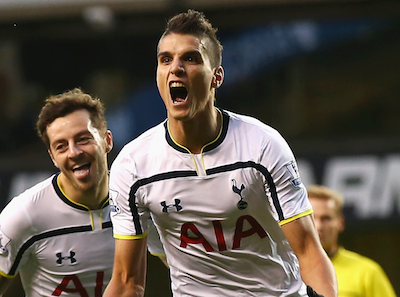 Burnley are having an extremely inconsistent season where one minute they are being beaten by Sunderland and in the next they are beating champions Manchester City and are taking points off league leaders Chelsea. Burnley are coming into this game on the back of a 0-2 defeat at Southampton and currently they sit in 18th place on 25 points, just 1 point from safety. Burnley’s recent home reads a reasonable looking W4, D5, L6.

When playing the Premier League top half sides, Burnley’s record reads a mediocre looking W3, D1, L6 and Burnley can be backed at around 3.60.

The recent head-to-head record at Turf Moor reads Burnley 1 Win, 0 Draws and Spurs 0 wins. It should also be noted that Burnley won this game 4-2

If you do fancy Burnley to do well here, then you are probably best keeping the draw on your side and Burnley can be backed on the Asian handicap + 0.0/0.5 goals at around 2.10.

The draw can be backed at around 3.60 and this does not look to offer much value at this price.

Spurs are coming into this game in some reasonable form having won 3 of their last 4 Premier league games. Currently they sit in 7th place on 53 points which is 6 behind 4th place Manchester United. Indeed in recent matches they have lost to both Manchester United and Liverpool and now it is looking increasing unlikely that Mario Pochettino’s side will gain a Champions League place. Spurs recent away form reads a reasonable looking W7, D2, L6.

When visiting the bottom sides Spurs record reads a very encouraging looking W7, D1, L2 and Spurs can be backed at around 2.15 and this price looks to offer some good value.

As far as goals are concerned then we have some mixed messages. When looking at both sides' last 10 home and away matches against similar opposition, then in the 20 matches 13 have seen 3 or more goals and 7 games have seen 2 or less goals. Also 12 of Spurs' last 13 away games have seen at least 3 goals. However my ratings suggest some small value in Under 2.5 goals which can be backed at around 2.12.

This is a vital match for both sides and in many way Spurs are drinking in last chance saloon if they are to realise any Champions League aspirations. Looking at the goal line although my ratings suggest value in Unders, Spurs' away form puts me off somewhat. However what does standout is Spurs' excellent away record to the bottom sides where this season when visiting teams in the bottom 6 they have won 5 of 6 matches. This will obviously be a tough game against a Burnley side who are fighting for their lives but all the value lies with the away side.