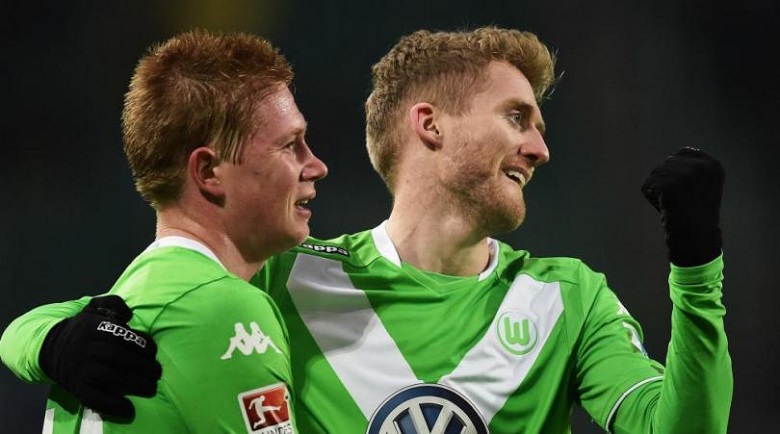 Kevin De Bruyne and Andre Schurrle have been ruled out of Wolfsburg's UEFA Europa League trip to Napoli on Thursday due to injury.

Wolfsburg will have to do without two of their most creative players against Napoli after Kevin De Bruyne and Andre Schurrle were both ruled out.

Dieter Hecking's side travel to Italy 4-1 down from the first leg of their UEFA Europa League quarter-final, with the challenge in front of them now even tougher following the two withdrawals.

A shoulder injury has sidelined Schurrle, while De Bruyne has failed to recover from a bruised foot and both may not return to face Borussia Monchengladbach in the Bundesliga this weekend.

De Bruyne has shone this season with 15 goals in all competitions, while Schurrle has helped keep Wolfsburg in contention for a top-two finish since his move from Chelsea in January.

Both played in the first-leg defeat, but injuries picked up following Sunday's 1-1 draw with Schalke in the league means they will remain in Germany to be treated.