Gareth Bale and Luka Modric out for Real 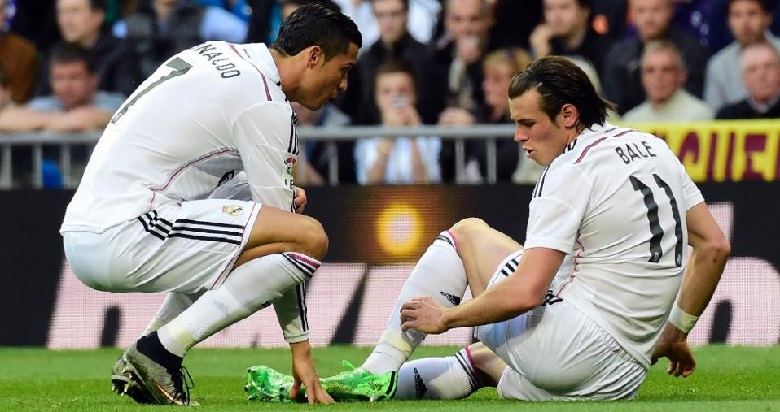 Gareth Bale picked up a calf ailment very early in the home clash with Malaga, while Luka Modric could be out for even longer with a knee injury.

Bale has been a key player for Madrid this season with 13 goals in 27 Liga appearances before the latest game at the Santiago Bernabeu, which Los Blancos ultimately won 3-1 thanks to goals from Sergio Ramos, James Rodriguez and Cristiano Ronaldo.

In the opening minutes of the meeting, the 25-year-old collapsed to the ground clutching his leg, having appeared to tear a muscle in his calf. Bale was withdrawn and replaced by Javier Hernandez.

Potentially even more concerning for the coach is Modric's knee injury, which reports suggest could see him sidelined for as long as eight weeks. But manager Carlo Ancelotti is hopeful the Croatian midfielder and Bale can be fit for Wednesday's Champions League quarterfinal second leg at home to Atletico.

"Luka Modric has had a knee problem and Gareth Bale's issue is with his calf," he told reporters. "We must wait. We are hopeful they can play on Wednesday. With or without Bale, we'll give everything to be in semifinals."