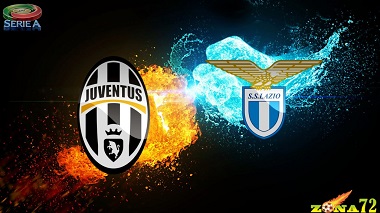 Despite losing 0-1 to Palermo last weekend Juventus are closing in on their 4th Serie A title on the bounce and currently the top the table on 70 points which is 12 ahead of today’s opposition with 8 matches to go. Juve’s recent home record reads a very solid W13, D2, L0.

When hosting the top 2 tier sides of the Serie A, once again Juventus have an excellent record that reads W9, D1, L0 and Juventus can be backed at around 1.91 and this price offers some excellent value. However it should be remembered that Juve will certainly be prioritising their Champions League game with Monaco on Wednesday.

The draw can be backed at around 3.50 and this does not look to offer that much value, although here it would certainly suit the home side.

Lazio are coming into this game in an extremely rich vein of form. They are coming off a 4-0 victory over Empoli and Lazio have now won their last 7 Serie A matches on the bounce. This good form has left them in second place and they are now in good shape to gain a Champions League place. Lazio’s recent away record reads a solid looking W7, D4, L4

When facing the top sides of Serie A Lazio boast a poor record which reads W1, D2, L7. Lazio can be backed at around 4.40 and looking at my ratings this does not offer any real value. However, you can always elect to keep the draw on your side and Lazio can be backed on the Asian Handicap +0.5 goals at around 2.00.

This is an interesting matchup where the odds are wrong. My ratings suggest that there is some good value backing Juventus and there is also some good value backing overs on the goal line. Looking at the facts, Juve have almost certainly wrapped up the title. Juve also have a vital Champions League Quarter final against Monaco on Wednesday evening. Here they are coming up against a Lazio side who are in good form and will undoubtedly be looking to put on a good performance here. The team Juve put out against Parma was nothing like the side they put out against Monaco last Tuesday and it will probably be the same here. For my trade I am going to turn to the goal line where I am on this game going to go against the numbers and suggest whatever side Juve put out they will look to play a containing game and so my recommended trade is under 2.0/2.5 goals at around 2.03