What a fantastic Matchup !!! 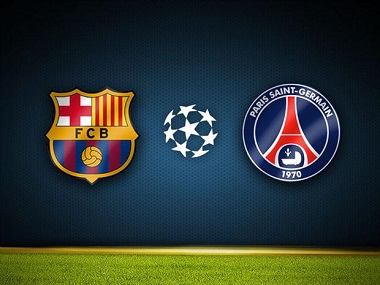 PSG are having a very solid season and although they did not play at the weekend, they currently they sit in 1st place on 62 points which is 1 point ahead of 2nd place Lyon and PSG are now favourites to retain their title.

This good form is also taken into the Champions League and their home record reads W7, D3, L0

Indeed PSG are very dominant at home generally and they are now unbeaten in 28 matches in all competitions.

Barcelona are having an excellent season and despite drawing at Seville on Saturday they top the La Liga table on 75 points which is 2 ahead of their great rivals Real Madrid.

This is a fantastic matchup between 2 sides that will certainly believe that they can go on and win the tournament. Looking at my ratings it suggests some small value backing overs. However for my trade I am turning to the Match line where I see some very good value looking with the home side. As previously stated they are now unbeaten in 28 home games in all competitions and in the Champions League since returning to the competition in 2012 they are also unbeaten in 14 home games. PSG have also had the luxury of not playing at the weekend whereas Barcelona had a hard game at Seville.