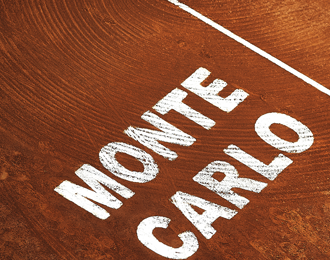 In ten visits to the principality, Tommy Robredo has reached the third round six times, claiming some rather decent scalps along the way. Seppi's best effort has been a single third round appearance last year.

Robredo arrives straight off the American hardcourts where he defeated Dimitrov at Indian Wells and went the distance againt Dolgopolov in Miami. Before that he had played the South American claycourt swing so he has recent red dirt experience.

Seppi on the other hand hasn't played a tournament on clay since last August. His early season form was impressive, defeating Roger Federer on the way to the fourth round in Melbourne followed by a losing finals appearance in Zagreb on the indoor hardcourt. Since then he has tapered off a little with a 3-4 record, although you can't mark him down too much for losses to Berdych, Gasquet or Federer.

The pair have clashed nine times with the ledger leaning towards Robredo 6-3. Similarly the record for sets required is 6-3 in favour of the extended distance. You can make a strong case for either player to win this, they've got a long history of grinding baseline battles, and it looks like we're heading there again.