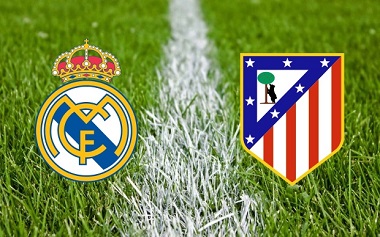 Atlético Madrid are coming into this game in some reasonable form in La Liga, although it is extremely unlikely that they will retain their title.

Currently Atlético sit in 3rd place on 66 points after 31 games, which is 9 points behind leaders Barcelona.

Atlético also have a positive home record when it comes to the Champions League which reads W9, D1, L0. Indeed they have also kept clean sheets in 6 consecutive matches.

Looking at the recent head-to head matches in all competitions it reads Atlético 3 wins, 1 Draw and Real Madrid 1 win.

When it comes to the Champions League Carlo Ancelotti’s side boast a very strong away record which reads W8, D1, L1

This should be another magnificent occasion at the Vicente Calderon and my ratings suggest that there is value both in the match and goal lines. Looking at the recent head-to-head matches and European form there certainly looks value in backing overs on the goal line. However I am very aware of Atlético’s strong defensive record at the Vicente Calderon. Instead for my trade I am going to turn to the match line. Since 1993 the 2 sides have met 24 times at Atlético with the home side winning just 4. Three of these victories have come in their last 3 meetings. Atlético have also been extremely consistent at home to the top Spanish sides where they have not lost hosting a top 6 side in 12 home matches. Whereas Real's away form to the top Spanish sides has been patchy and they have also lost 3 of their last 5 domestic away matches.