Tony out for two months 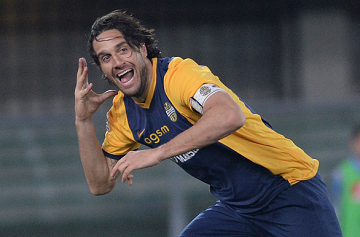 Verona have announced that last season’s capocannoniere Luca Toni will be out for eight weeks with a knee injury.

The 38-year-old scored 22 league goals in 2014-15 and the Gialloblu captain had already got off the mark this term with a strike against Torino.

However, the club confirmed today that they will be without the influential target man due to a problem with his left knee.

“Hellas Verona announce that diagnostic tests that were performed on the player Luca Toni have shown a second degree injury to the medial collateral ligament in his left knee,” read the statement on the club’s official website.

“The recovery time is estimated to be around eight weeks.”