Van Persie unhappy after being left out by Fenerbahce 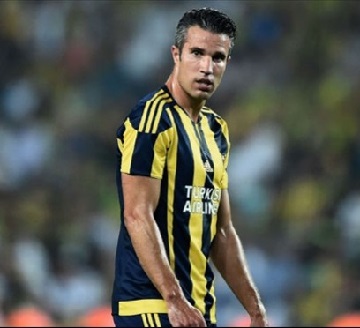 Robin van Persie was unhappy at being left out of the Fenerbahce team despite coming off the substitutes' bench to score the winning goal against Bursaspor on Sunday.

The former Arsenal and Manchester United striker was not named in Vitor Pereira's starting XI and was only brought on after 77 minutes with the scores level after Tomas Necid had cancelled out Nani's opener.

Van Persie made an immediate impact, scoring within three minutes of his arrival to seal a 2-1 victory for Fener, who sit top of the Super Lig with 13 points from five games.

The 32-year-old was not thrilled after the match, though, insisting he wants to be starting matches and playing for the full 90 minutes.

"To be honest, I am not very happy at this moment," he told Lig TV .

"I was not happy that I started on the bench. I am fully fit, physically very well and able to play for 90 minutes.

"The only right answer I could give was with what I did: helping the team to get the victory."

Pereira defended his decision to leave star striker Van Persie out of the team when he was asked about the Dutchman's complaints after the match.

"I would play more players if we were allowed to play 22 or 25 players," he said at his press conference.

"The players can like or not like what I do, but I must take decisions. I am happy with Van Persie's performance after being brought on to the pitch.

"It would be bad if he wasn't unhappy about being a substitute. This proves that he wants to play."

Van Persie has three goals from nine appearances - five of which were starts - for his new side so far in 2015-16.