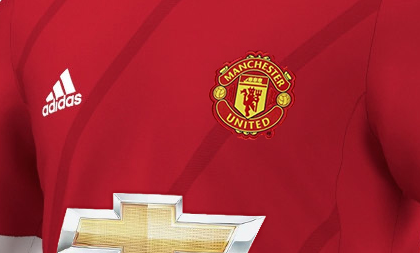 PSV have qualified for the Champions League group stages for the first time since 2008. Previous to this the Dutch side regularly sat at the top table of European football. PSV won the Eredivisie in some comfort last season when they finished 17 points above Ajax.

PSV are coming off a very comfortable 6-0 victory over Cambur, and after 5 matches they currently sit in 4th place on 11 points, which is just 2 points behind current leaders Ajax.

The appointment of current manager Philip Cocu has certainly changed the Dutch side’s fortunes and their recent home record reads an extremely strong looking W14, D0, L1 with their only defeat coming against Ajax. When hosting the Top 6 Eredivisie sides again their record is strong and reads W7, D0, L3.

When looking at PSV’s recent European home form I am looking at the Europa League and this reads W4, D2, L4.

Since 2000 PSV have played Manchester United once in this competition and they ran out 3-1 winners in 2000.

Manchester United have made a reasonable start to their Premier League campaign and they are coming off a very good 3-1 victory over great rivals Liverpool. Currently Louis van Gaal’s side sit in 3rd place on 10 points. When hosting the Top 6 sides United’s record reads a fairly poor looking W2, D3, L5. Although the 2 victories have come in the last 4 matches.

As far as goals are concerned then if we look at both sides last 10 respective European home and away games we see that 3 or more goals have been seen in 5 matches and 2 or less goals have been seen in 15. Obviously here we are looking at PSV’s record at home in the Europa League, but none of their last 10 have seen 3 or more goals scored. My ratings suggest value in backing Under 2.5 goals.

This is a very interesting matchup and a difficult game to asses. PSV are unbeaten in 12 matches in all competitions and indeed they have an extremely strong home record. However they are coming up against a Manchester United side that have been operating at a completely different level. PSV have also lost their last 3 matches in this competition hosting English sides. Here United’s pedigree has to be respected and my ratings suggest that despite the probable absence of Wayne Rooney, there is some decent risk v reward backing United on the -0.0/0.5 handicap. Looking at PSV’s European form then none of their last 10 matches have seen 3 or more goals and under 2.5 goals offers value. So my recommended trade for this game is Under 2.5 goals at around 1.93.