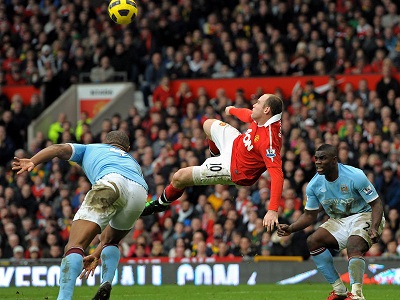 Manchester United are coming into this derby game in some good form. They are coming off a 3-1 home victory over Aston Villa, and they have now won 5 league games on the bounce. United currently sit in 3rd place on 62 points and this is 1 point and 1 place above today’s opponents. Manchester United’s recent home form reads a very strong-looking W13, D1, L1.

The draw can be backed at around 3.50 and although this looks to offer some value, it offers little appeal given both side's recent home and away record.

Manuel Pellegrini’s side are declining by the week, and their title hopes evaporated after a 2-1 defeat at Crystal Palace last Monday evening. It's away from the Etihad Stadium were City’s decline is most dramatic, and they have now lost 3 away games on the bounce, including defeats at Liverpool and Burnley. Manchester City’s away form reads a reasonable W7, D4, L4.

When looking at the goal line, it suggests an entertaining affair. When the 2 teams face similar graded sides, it suggests value in the overs. When looking at both side's last 10 home and away games against similar opposition, 3 or more goals have been seen in 13 matches, with only 7 games seeing 2 goals or less. Also, 11 of Manchester United’s last 15 home games, and 10 of Manchester City's last 15 away games have seen Over 2.5 Goals and this can be backed at around 1.87.

This should be a great occasion and with 7 matches remaining, there are not many who would have envisaged that United would be sitting in the table above their rivals. Looking at my ratings, they suggest value on the match and goal line. You only have to look at the recent head-to-head matches at Old Trafford where all of the last 5 have seen 3 or more goals to see that there is value in the over 2.5 goal line. For my trade I am going to side with United who have an outstanding home record, having won 10 of their last 11 home games. Manchester City are certainly not scoring the goals away from home like they were early in the season and 6 of their 7 away victories have come against sides occupying lower half places.

My recommended trade for this game is Manchester United +0.0 at around 1.95.