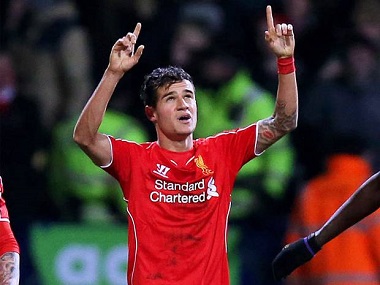 Liverpool’s Premier League season seems to be coming off the rails. Last time out they lost 1-4 at the Emirates to Arsenal and in their previous match they lost 1-2 at home to Manchester United. These 2 defeats have left Brendan Rodgers side sitting in 5th place on 54 points and now 8 points behind 4th place Manchester United. Champions League qualification is now looking beyond the reds although they are still favourites to grab a Europa Cup place. Liverpool’s recent home record reads a reasonable looking W7, D5, L3

When playing mid table sides, Liverpool again boast a very reasonable looking record that reads W6, D2, L2 and Liverpool can be backed at around 1.40.

The recent head-to-head matches favours the home side and reads Liverpool 3 wins, 1 draw and Newcastle 0 wins. Indeed Newcastle have not won at Anfield since 1994.

The draw can be backed at around 5.00 and according to my ratings this offers some value.

Newcastle are coming into this match in some very poor form after losing 0-1 away at rivals Sunderland. Newcastle have now lost 4 Premier League games on the bounce and they are in freefall. Newcastle’s recent away form reads W3, D3, L9

There are some mixed stats running through this game, however what cannot be denied is Newcastle’s poor away record to sides that occupy top half places. My ratings suggest value in backing overs but for my trade I am turning to the match line where Liverpool have dominated this fixture in recent years. This season when facing teams in the top 10 Newcastle’s away record reads W1, D2, L6 and they have lost their last 5 matches on the bounce whilst conceding 15 goals and only scoring 2. Four of these 5 defeats came by 2 or more goals and their looks some decent risk v reward backing Liverpool on the handicap in a game they should win comfortably.