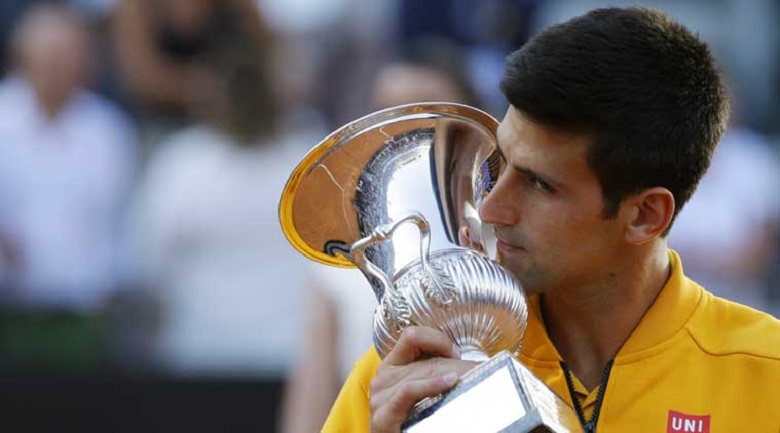 Some like the 2011 Roland Garros, when Novak Djokovic arrived in Paris ubeaten so far on the season, with 38 wins in the first 38 matches of the season. But that time he loss on an amazing semifinal against Roger Federer, that was defeated by Nadal on the final.

This time he is coming to Paris with a 23-match win-streak and after won the last seven "big" ATP titles he've played (Paris Masters, ATP Finals, Australian Open, Indian Wells, Miami, Monte Carlo and Rome). He only loss two times in 2015. The first was in his first tournament of the year, in Doha, to Karlovic. And the other was to Federer on a lightning-fast hard court in Dubai.

He is also unbeaten in clay this season, with 10-0 record. Without having to tap into his highest gear, he beat Nadal, Federer, Berdych and Nishikori easily in his streak on clay.

All that streaks adding the fact that Nadal is in the poor form on clay of his career - He lost to Djokovic, Fognini, Murray and Wawrinka on currently clay season, makes Djokovic the main favorite to win the French Open title. Like I wrote yesterday, if have one that can beat Djokovic on Paris' clay, I think that one is Murray. Nishikori is another that can make some noise against Novak, but I can't believe in Nishikori to win a clay match agains Djokovic in a best of 5 sets.

After it all, I think that a bet on Djokovic to win the Roland Garros title with 1.74 odds on Pinnacle is a value bet. Even with Murray playing as "Muclay", the british lost the last 7 matches that he've played against Djokovic and won only three sets on this losing-streak. Finally comes the time for Djokovic and he will completes his Career Grand Slam!