"Muclay", the new Murray version is ready for RG! 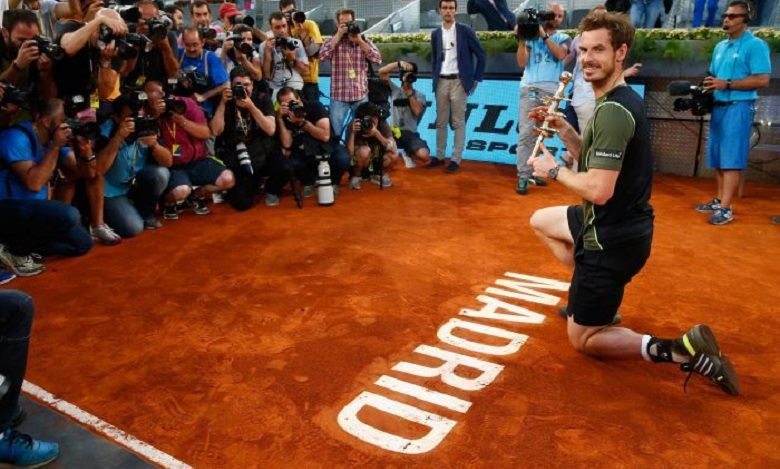 Untill this clay season start, Andy Murray was never winning a title on clay court in his entire professional career. So well. How Murray comes for Roland Garros as the 3rd favorite on the sportsbook to win the title?

But that was the Murray "before get married" version. After he get married, he is 10-0 on the clay. Won the ATP 250 Munich title and Masters 1000 Monte Carlo title, with an impressive 6-3 6-2 on Rafael Nadal in the final. How he wrote on the camera after the Monte Carlo title: "Marriage works!"

The scotish shows a tennis on clay court that he never played. The most important improvement on his game was that he is using well of his skills - that isn't a few - and cleverly changing the way to play the game acordding to his opponent.

In the final against Nadal, for example, everytime when he faces a breakpoint, he serves so well and after the nice services, he hits great balls on the baseline with a safety margin to not make the unforced error, waiting the error from Nadal, that wasn't playing in his A-game.

With this improvments and a much better mentally game, Andy Murray is the one that can beat Novak Djokovic in this Roland Garros. Not even Nadal comes so well as "Muclay", the new version of Murray after the marriage! A bet on "Muclay" to win Roland Garros may have much value here.