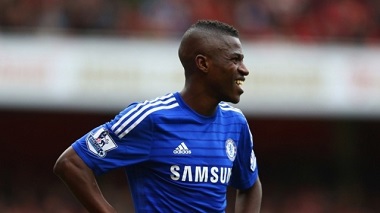 Chelsea midfielder Ramires was rushed to hospital after complaining of a kidney problem.

Ramires was originally named in the starting line-up but complained of feeling badly ill before kick off and was replaced by Juan Cuadrado.

Brazilian Ramires is expecting to stay in hospital to undergo tests as tests are carried out to try and diagnose the problem which was a serious concern to Chelsea’s own medics.

Chelsea boss Jose Mourinho broke off from the club’s celebrations to go and visit Ramires in hospital and other team-mates are expected to go.