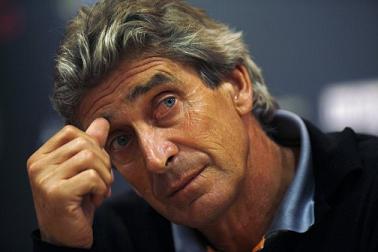 The Premier League champions are aiming to secure the Spaniard on a year-long deal in the hope of luring Pep Guardiola to the Ethiad Stadium 12 months later, according to the Daily Star.

Benitez, who still owns a home in the North West of England from his days as Liverpool manager, is said to be keen on a move to City.

City are expected to axe Pellegrini at the end of the season following a disappointing campaign, topped off by a run of six defeats in the last nine matches.

Bayern Munich boss Guardiola is believed to be the City hierarchy's first choice to replace the Chilean, but he recently declared that he will not be leaving the German club this summer.