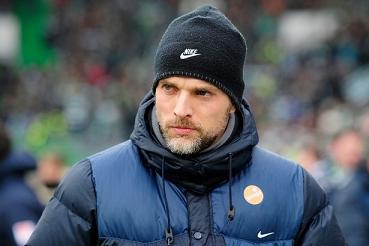 Borussia Dortmund have announced that Thomas Tuchel will replace Jürgen Klopp as the side’s new manager. Tuchel has signed a three-year contract at the club and will officially take over a week after the end of the season.

On Wednesday, Borussia Dortmund announced that Klopp had asked to leave the club after a difficult season. The chief executive, Hans-Joachim Watzke, confirmed that Dortmund had agreed to release him early from his contract.

Tuchel was immediately installed as the favourite to replace Klopp and he was backed by a number of former Germany players like Stefan Effenberg to take up the reins. Like Klopp, Tuchel is a former Mainz coach and was a hot property while managing the club. While there he was approached by Schalke and Bayer Leverkusen to be their manager. Tuchel remains under contract at Mainz until the end of the season but he has spent a year on sabbatical.

Tuchel led Mainz to two Europa League qualifications and their highest-everBundesliga placing before standing down last summer. The 41-year-old had been linked with Newcastle United but Dortmund have moved swiftly to secure his services following Klopp’s announcement.

The club statement said: “Borussia Dortmund will present Thomas Tuchel officially in the week after the end of the season. BVB ask for understanding that there will be no comments made from anybody concerned at this time.”

Dortmund had looked in danger of being relegated from the Bundesliga earlier in the season but have turned things around and Saturday’s 3-0 win over Paderborn lifted them to within a point of seventh-placed Hoffenheim.

After his departure, Klopp has made it clear that he wants to return to management elsewhere. “I am not tired. I may look tired but I am not. I am 0.0% tired. I haven’t had any contact with any other clubs but am not planning a sabbatical,” he said. “I have always said that the day I feel that I am no longer the perfect coach for this extraordinary club I will say that. That is something I have thought about in every phase here at Dortmund and decided in the last few weeks, days, that I was no longer able to be absolutely sure about that. And then, because of the unusual relationship I have with this club, the trust we have for each other, it was my duty to tell the club.”

Written by: the guardian