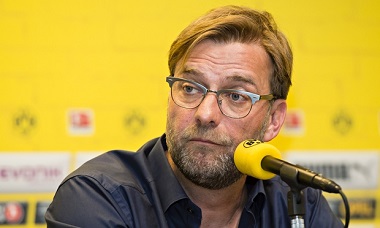 Manchester City do not consider Jürgen Klopp a candidate to take over should Manuel Pellegrini be removed, despite the German having announced on Wednesday he will leave Borussia Dortmund at the end of the season.

Klopp is to end a seven-year spell in charge of the Bundesliga club when the campaign closes, the 47-year-old stating at an emotional press conference he “no longer feels he is the perfect coach for the club”.

Pellegrini is under severe pressure because of a run of six defeats in eight games.Sunday’s 4-2 defeat at Manchester United left City in fourth position, four points behind Louis van Gaal’s team, and allowed fifth-placed Liverpool to close the gap on City to four points.

The slump has left City in a battle to secure a Champions League berth – Southampton are five points behind – with six matches left, and the club would be prepared to sack Pellegrini should he fail to turn around results.

It is understood Klopp, despite his outstanding credentials, would not be considered as a replacement for Pellegrini, while Napoli’s Rafael Benítez is also not of interest to City at present.

The No1 choice is still Bayern Munich’s Pep Guardiola even though he has said he will serve the full three years of his contract, which ends in summer 2016. Guardiola retains a relationship with Txiki Begiristain, City’s sporting director, from when they were at Barcelona together and the executive’s strategy may be to wait until the Spaniard becomes available.

While Klopp has won two Bundesliga titles with Dortmund and reached the 2013 Champions League final, the German is the latest high-profile manager with a proven European pedigree to be rejected by City.

Benítez guided Liverpool to the Champions League trophy in 2005 but is not on City’s list and they have previously ruled out Carlo Ancelotti, who has won the European Cup three times as a coach including last year with Real Madrid, and Diego Simeone, who took Atlético Madrid to last May’s final.

Klopp confirmed on Wednesday he would end his Dortmund tenure. He had requested his contract be terminated but claimed he is not exhausted and does not plan to take a break.

Sitting alongside Dortmund’s chief executive, Hans-Joachim Watzke, and the sporting director, Michael Zorc, Klopp also denied he was leaving because of the poor results. Dortmund are 10th in the Bundesliga, 37 points behind Bayern.

He said: “First of all, no one has to thank me. Both [me and the club] have given a lot and we have received a lot. But I have always said that the day I feel I am no longer the perfect coach for this extraordinary club I will say that.

“That is something I have thought about in every phase here at Dortmund and decided in the last few weeks, days, that I was no longer able to be absolutely sure about that. And then, because of the unusual relationship I have with this club, the trust we have for each other, it was my duty to tell the club. We reached the decision together. You can’t imagine how difficult it is when you have something so wonderful as here.”

Klopp insisted that in Dortmund’s last six games he will try to lift the club as high as he can and that he is yet to make any contact with a new employer. “I am not tired. I may look tired but I am not. I am 0.0% tired,” he said.

“I haven’t had any contact with any other clubs but am not planning a sabbatical, though it could of course be that I have to take one, or whatever a free half-year is called, I don’t know.

“I hadn’t planned any of this [to quit] but it was just right that we announced this today so that the club can plan ahead. We were able to create a wonderful piece of history. It’s very unusual for a story to last seven years in football. I will miss every single person here and that feeling will only grow with time.”

Arsenal are understood to retain full faith in Arsène Wenger, so will not be monitoring Klopp. The former Mainz coach Thomas Tuchel is the favourite to replace Klopp at Dortmund.